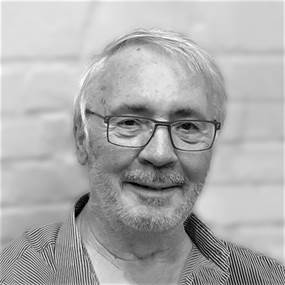 It is with my deepest regrets that I have to inform you that on Monday October 5th, my beloved father Robert has passed at the age of 74.

Till the very day of his death, he remained involved in the creative and operational processes of the design office known as serge cornelissen architectural lighting product design. His sudden passing has come as a complete surprise to all of us.

Robert started his lighting career in 1982, when he made his first designs for Wever&Ducré which had just started up in Roeselare, where he lived. During his time working for this company, he managed to establish countless contacts with people and companies that are still relevant today in the lighting business; it made him a well-known and highly respected personality.

In 1993, right after I graduated in architecture, we joined forces to become a unique father-and-son designer team - a formula that has continued to prove fruitful until today. One key element here is Robert's modesty as a person; from the very start, his intent was to give his young partner every possible chance to grow, to develop his skills as a designer and an entrepreneur, to become somebody; and he did so while dispensing his advice on what's important and what not. I am extremely thankful for that. Even if life will never be quite the same again, his wisdom is the heritage I will continue to cherish; as his son, but also and foremost as a designer.

Even apart from our private relationship, my history with Robert is full to the brim with good memories of the vast amount of interesting conversations, events and professional people we have had the chance of getting to know. It won't be the same without him. But seen through his modest eyes, he would have wanted me to keep on going - which is exactly what I intend. He will continue to live in my mind as my mentor.

Thank you, my dear father.